The 10 Most Extraordinary Cheesecakes in America

…And Where to Find Them

Though the cheesecake was likely invented in Greece, it has become as American as apple pie. You can find this rich and creamy dessert in many restaurants across the United States. Some of them will even claim to have the best cheesecake in the world. Instead of trying to verify those bold assertions, we focused on the weirdest, most unique cheesecake offerings in America. Anyone up for a road trip? 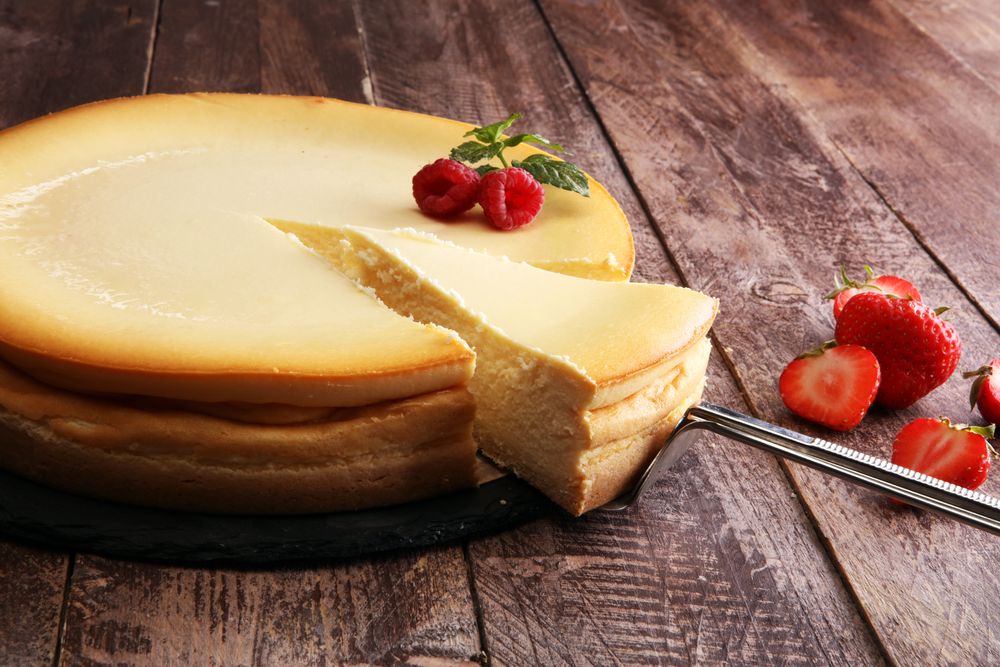 Eileen’s is something of a legend in New York City. It started as a wholesale bakery over forty years ago, in one of NYC’s “ghost towns.” Its address didn’t even appear on a map when they opened up, yet somehow people kept finding them. They opened for retail business a couple of years later, and eventually expanded to include a kiosk in between the World Trade Center buildings in 2000.

After the tragedy of September 11th, 2001, their kiosk was destroyed, and business got slow. They kept their employees’ busy feeding rescue workers until subway lines began running again and the neighborhood got back to normal.

Now they’re as busy as ever. Their Cleveland Place flagship store has been featured in publications like Serious Eats and television shows like Bobby Flay’s Showdown. Eileen’s cheesecake menu is enormous with one new variety for every year they’ve been in business. They’ll even make custom flavors if you call ahead.

One of their most celebrated options is the Chocolate Bourbon cheesecake recipe, made with real Maker’s Mark bourbon. Eileen’s fluffy, rich cheesecake is balanced with a crunchy chocolate cookie crust, and the real cocoa and bourbon flavors complement each other perfectly.

Joule has only been open a few short years, but they’ve already earned quite a reputation. In 2013 they were named one of the Best New Restaurants in America by Bon Appetit magazine. They started as a Korean Fusion restaurant before rebranding themselves as an upscale Korean steakhouse. 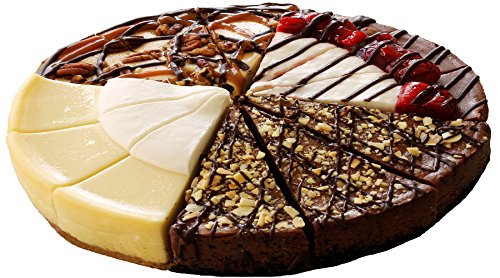 Joule only has one cheesecake on their menu, the Grains of Paradise cheesecake. It has stuck around since their re-opening in 2013 because it became such a fan favorite. The delicate ginger-esque flavor of the grains of paradise is emboldened by the huckleberry compote drizzled on top with crisp curls of white chocolate adding some texture. Little balls of whipped hibiscus crème on the side act as a refreshing finishing note, completing the exquisite dessert experience and leaving you begging for more.

Commander’s is the oldest restaurant on our list. It was founded in 1893 in New Orleans’ historic Garden District, originally as a saloon operated by Emile Commander. Though the restaurant has changed hands several times in the intervening decades, their reputation for world-class food hasn’t wavered. With chef alums like Emeril Lagasse and Paul Prudhomme, you know you’re in for an exceptional experience.

Commander’s Creole Cream Cheese cheesecake is genuinely one-of-a-kind. The cheese is made from milk from local Louisiana cows that have fed on bayou-grass, giving it a unique flavor. The honey graham cracker crust and chocolate-caramel lattice on top blend with the tangy cream cheese, without overpowering it.

Milkwood restaurant provides a unique blend of southern comfort food and exciting Asian spices and flavors. Tucked beneath the Actor’s Theater in downtown Louisville, the restaurant has a trendy vibe with exposed brick, vintage plates, and even antlers hung on the wall. Run by world-famous restauranteur Ed Lee, Milkwood is a surprising find tucked away in the heart of Louisville.

The Togarashi cheesecake is a startling blend of spicy, sweet, and salty. The ingredients include Bourbon Smoked Togarashi (a peppery Japanese spice blend) from a local Kentucky food store, along with peanut sea salt, miso caramel and blackened pineapple. It is a crazy and delicious dessert you won’t find anywhere else.

Fong’s Pizza is an unlikely gem in downtown Des Moines. It looks like a Chinese restaurant, feels like a dive bar, and has the menu of a high-end Asian fusion pizza joint. With pizza options such as Crab Rangoon, Sweet and Sour Chicken and Fongolian Beef, you may feel like you’ve wandered into an alternate dimension.  They are all available with a gluten-free crust too.

There’s only one dessert on the menu at Fong’s. It’s as delightfully mismatched as everything else they serve. Their Raspberry Cheesecake Egg Rolls are made with fresh egg roll wrappers fried and sprinkled with powdered sugar. The cheesecake filling is tart and creamy with fresh raspberries. If you’re looking for a crunchy, extraordinary take on classic no-bake cheesecake, Fong’s Pizza can’t be beat.

You might not expect Santa Monica’s best cheesecake to come from a place like Rocco’s. Both the owner and their website look like they’ve been transported from an earlier time when comic sans and flash animation were all the rage.

Chef Johnny comes from a large Sicilian family, so he’s been around fantastic baking his entire life. His menu is expansive and unique with 40 carefully crafted cheesecake varieties and hundreds of flavor combinations that can be ordered a la carte. 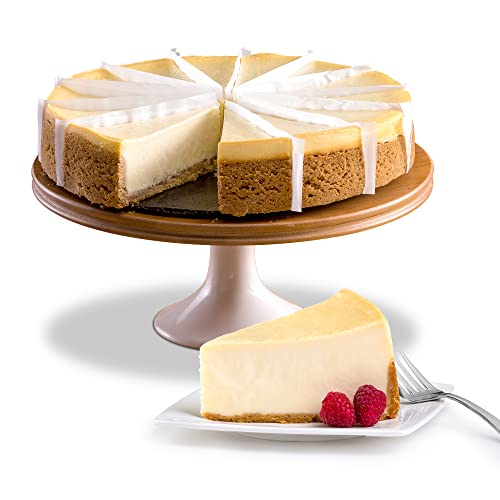 With so many exotic varieties to choose from, it was difficult to pick just one to feature. The Lavender Vanilla Earl Grey cheesecake is just so delicate and flawless that we couldn’t leave it out, though. The real tea flavor is perfectly blended with rich vanilla. The notes of aromatic lavender take the whole thing to the next level. If you only have time for one slice, this is the one flavor that you don’t want to miss.

This nondescript little restaurant is widely believed to be the best sushi place in Eugene, despite its rough exterior. Though they lack a website, Mame has still gained popularity through word of mouth and reviews on sites like Yelp and Trip Advisor. Their food is cheap, and the atmosphere is casual. Locals rave about the fresh and creative sushi created by their team of chefs.

The surprisingly easy recipe can be found online. You’ll have a monumental task ahead of you if you’re trying to emulate the exact flavors, as they tend to change depending on the particular chef and the available ingredients.

This is the only vegan option on our list, but it without a doubt stands up to the “real” cheesecakes. Portia’s Café offers a menu that’s almost entirely vegan, gluten-free and non-GMO. Despite those restrictions, their lineup is enormous. There is a wide variety of flavors and textures to satisfy even the most ardent meat-eating carb lovers among us.

The Chai Cheezecake is made from dairy-free cheese substitute, though you wouldn’t be able to tell just from the taste. The complex spices of chai tea blend nicely with the creaminess of the faux-cheese, creating a dessert that tastes like a chai latte in a crust.

Though the city of Fargo is best known for the eponymous show and movie, it’s becoming something of a foodie destination. The Boiler Room is the perfect example. It is a trendy subterranean hotspot featuring gourmet food and craft cocktails. 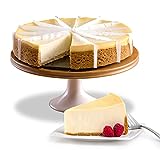 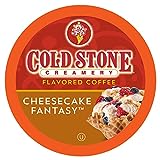 Though it may sound like an outdated gimmick trying to capitalize on the bacon obsession of the mid-2000s, the Candied Bacon and Pecan cheesecake is actually a delightfully sugary treat that easily stands on its own. With a drizzle of homemade maple caramel sauce, the crunchy bacon pieces and sliced pecans create a unique blend of flavors you’ll be craving for months afterward.

Though it’s located in a city that’s not exactly known for the culinary arts, Bruce’s Fabulous Foods is a refreshing option in a region known for deep-fried everything. They proudly proclaim on their website that they won’t even allow a deep fryer on the premises. That’s how dedicated they are to serving wholesome food.

The owner, Bruce Brown, was featured on the regional cooking show “Carolina Kitchen.” He and his wife have become local celebrities. Bruce’s cheesecakes come in almost every imaginable flavor, from the standard strawberry cheesecake to the delightfully whimsical Candy Bar Concerto.

Their Boston Cooler variety, named for the ginger ale and ice cream dessert that was first invented in Detroit (despite the name), is so unique we had to include it on our list. The ginger ale flavor is startlingly accurate, giving the rich cheesecake a refreshing twist.