Learn How Keto Baking Can Change Your Life

With the Keto diet taking the world by storm, more and more people are looking for ways to cut carbs without sacrificing all the foods they love. If you’re thinking of starting (or you’re already on it) the Keto diet, and you have a huge sweet tooth, never fear! There are ways you can indulge in your favorite desserts without cheating on your diet. 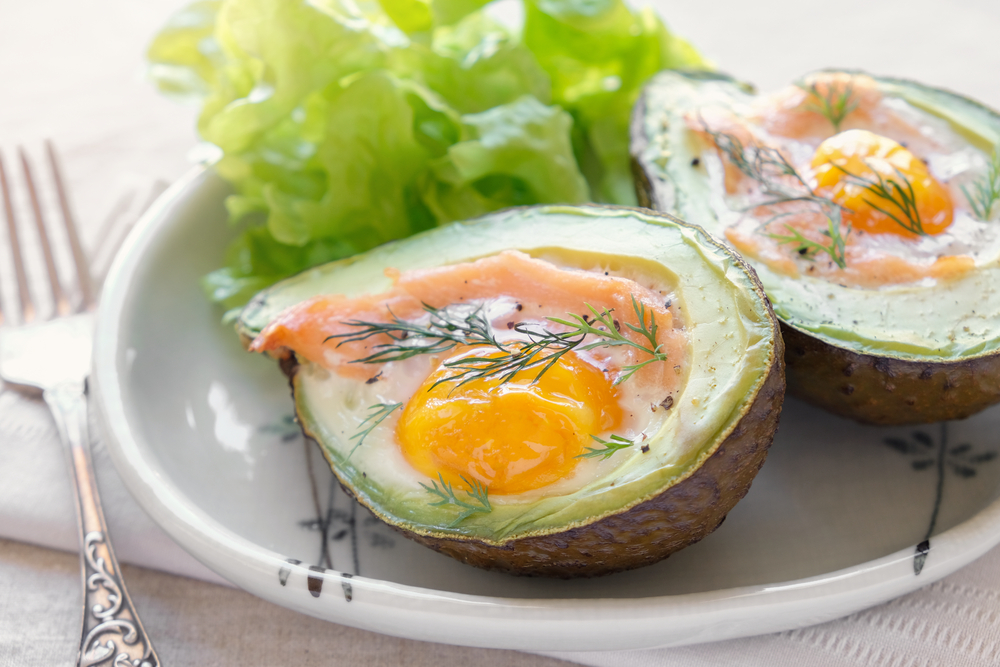 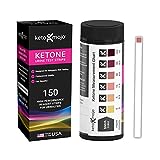 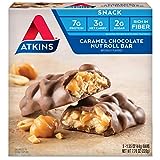 Atkins Snack Bar, Caramel Chocolate Nut Roll, Keto Friendly, 1.55...
Buy on Amazon
The Keto diet focuses on cutting as many carbohydrates from your diet as possible while increasing your fat intake. Your body turns carbohydrates into glucose, which is the easiest energy source for your body to process.

When you eat carbs, your body produces insulin to process the glucose and carry it around your body to be used as energy. Since your body prefers glucose over every other type of fuel, it will choose to draw power from any available carbohydrates before looking for other energy sources.

Your body’s second favorite energy source is fat. If there aren’t enough carbs in your system, your body will start breaking down fat instead. That’s why a low carb diet helps people lose weight. This process of burning fat for fuel instead of glucose is called ketosis.

Ketosis is a natural state your body goes into when carbohydrate intake is low, whether from starvation, fasting or a low-carb diet. Your body begins breaking down the fat in your body to produce ketones which it then uses as an energy source instead of glucose.

Entering ketosis is the goal of those who follow the Keto diet. Not only does it lower your overall body fat, but it’s also been shown to improve mental performance, decrease blood pressure and reduce the risk of diabetes.

What should my diet consist of?

For the best results from Keto, your food intake should be 70 percent fat, 25 percent protein and 5 percent carbs. Typically, that means you should only be consuming 20 grams of carbohydrates per day. For many of us, that’s the exact opposite of our regular diet.

You may be wondering why you should eat so much fat if the overall goal of Keto is to burn the fat stores in your body. The reasoning is simple, though. When you eat mostly carbs, your body is trained to only use glucose for energy. That’s why we tend to get tired and less energetic when we’re hungry. 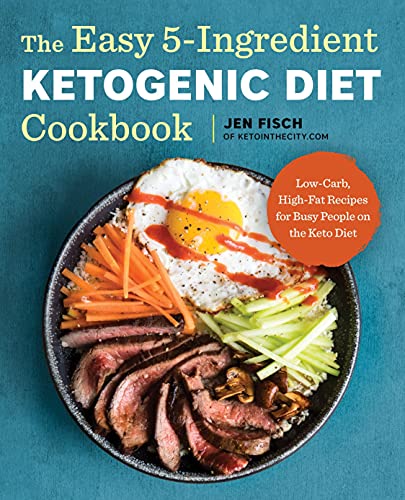 By cutting carbohydrates and eating mostly fat, you’re training your body to focus on using fat for energy instead of waiting for more glucose. You get the same effect from fasting for a long time, but that can be very dangerous if you’re not getting the vitamins and minerals your body needs.

In addition to the danger involved, most of us find starving ourselves to be very unpleasant, whereas we can eat food that’s filling and delicious on the Keto diet instead.

How are Keto desserts possible? 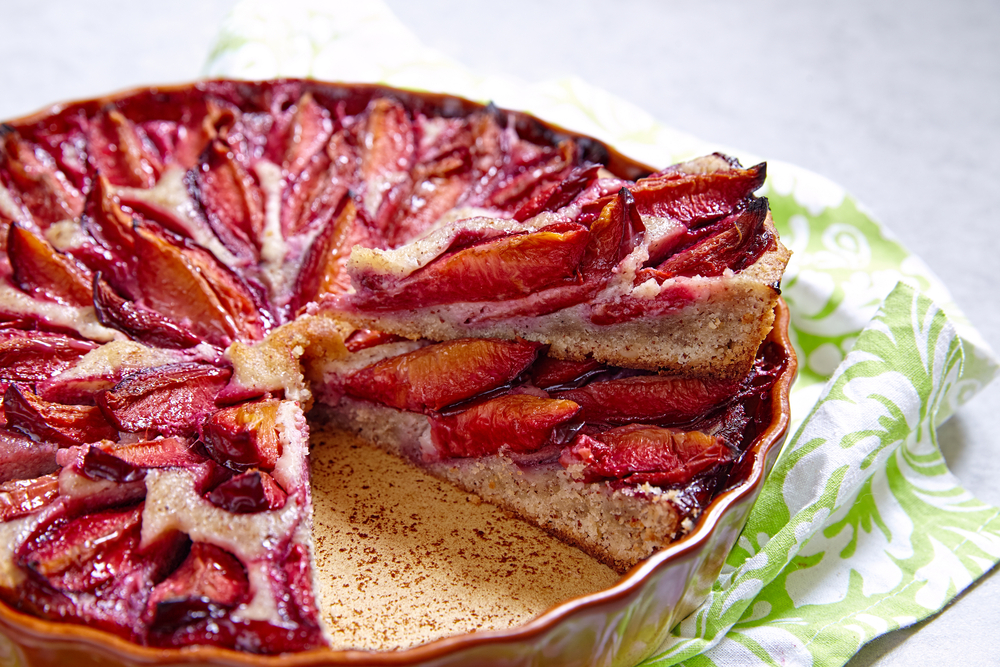 Since the whole point of the Keto diet is not eating carbs—including flour and sugar—shouldn’t “Keto desserts” be an oxymoron? Thanks to major developments in food science over the last few decades, it’s now possible to satisfy your sweet tooth without overloading on carbohydrates.

Once upon a time, the only way to sweeten foods or drinks without sugar was to use artificial sweeteners, like aspartame. Anyone who drinks diet soda can tell you that aspartame tastes vastly different from sugar. Though it’s sweeter, it also has an aftertaste that some people find unpleasant.

Surprisingly, aspartame does contain carbohydrates—only 1 gram per serving. But when you’re restricted to 20 grams of carbs per day, that can add up fast.

Nowadays we have many more options for sweetening foods without using sugar. The key is to look for natural sweeteners, meaning they’re extracted from plants or fruits rather than created in a lab. The most well-known natural sugar substitute is Stevia, an herb native to South America.

You may recognize it as the sweetener used in Splenda. Not only is Stevia 200 times sweeter than sugar, but it also contains almost no carbs – only 5 grams per a 100-gram serving. To put that in perspective, you would need to eat 100 packets of Splenda to consume just 5 grams of carbohydrates.

So that takes care of the sugar, but what about the flour? Wheat flour makes up a significant portion of Americans’ diets. In 2015 alone, the overall wheat consumption was 134 pounds PER PERSON according to the USDA. That comes out to 46,230 grams of carbohydrates each year. On a Keto diet, you will consume just 7,300 grams of carbs a year.

Luckily for you, as Americans become more health-conscious, there has been a massive increase in alternatives to wheat flour for people with Celiac disease, diabetes or low-carb diets. If you’re craving a cake but want to stick to your Keto diet, look for products like almond flour, flax meal or coconut flour, all of which can be found in most major grocery stores.

Now that you know of some low-carb alternative ingredients for desserts, you may be tempted to run off and start baking right away. Before you do, we have some tips for successful Keto baking.

Use the right recipes

Unless you’ve been low-carb baking for a very long time, it’s unlikely you’ll be able to convert a regular, high-carb dessert recipe to Keto by just swapping out ingredients.

Because Keto has become somewhat of a “fad” diet, there are thousands of blogs and websites jumping on the bandwagon and offering low-carb recipes. However, baking is more of a science than an art, because it requires precise measurements and ratios to get it right. Since Keto ingredients don’t always work the same way as their high-carb alternatives, it’s crucial that recipes account for these differences.

How can you tell if a recipe is legitimate? The first thing you need to check is the source. If it is from a non-Keto website, or if the site is merely compiling user-submitted recipes, it’s less likely to be genuine.

You should also look at the reviews. If the recipe only has a handful of reviews, or if none of the reviewers give any real details, you should proceed with caution. Unfortunately, it’s easy for a company to buy fake one, but you can usually tell if it is real because the author will provide more specifics about their process and the finished result.

That sounds like a no-brainer, but it’s surprisingly common for people to try to substitute out different ingredients while they’re baking. Sometimes they can’t find the correct one in the store, or because they’re trying to make do with whatever they have in their pantry. That can lead to mixed results when it comes to regular baking. However, it almost never works when you’re dealing with Keto baking.

If the recipe calls for almond flour, then that’s what you need to get. If all you can find at the store is coconut flour, you should try a recipe that uses that instead! All flour and sugar substitutes are not created equally, and each one will react to heat differently and require unique ratios of ingredients.

Even if you work solely from legitimate, high-quality recipes, it’s still possible to mess up your Keto dessert. We’ve mentioned multiple times already that Keto ingredients behave differently than their high-carb counterparts, but what does that mean specifically?

Flour is going to be your biggest obstacle when it comes to baking Keto desserts. Currently, there’s no way to replicate the exact taste, consistency, or behavior of wheat flour without the carbohydrates. Getting to know your available flour substitutes will help you create successful desserts. 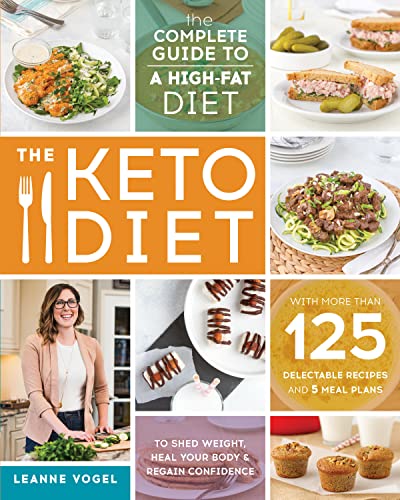 Almond flour is probably the easiest low-carb flour to work with because it’s very similar (but not identical) to wheat flour. In addition to being low-carb, it’s also high in protein and omega-3 fatty acids. Almond flour works well for cakes, pie crusts, cookies, and muffins, but it doesn’t react with yeast in the same way that wheat flour does, so it’s not a great choice for baking bread.

Coconut flour is another common substitute you’ll see in Keto recipes. It’s also a terrific alternative for people with nut allergies who can’t use almond flour. Coconut flour is much drier than other flours though, so you’ll need to use more wet ingredients when baking with it.

Flax meal is a less common ingredient, though it has the added benefit of being an egg substitute as well as a flour substitute. That means you can make Keto desserts that are vegan-friendly! Flax meal is much heavier than wheat flour though, so you’ll need to increase your baking time if you use it.

If the only thing holding you back from starting the Keto diet is your sweet tooth, you no longer have an excuse! There should be nothing stopping you from baking delicious, low-carb desserts to satisfy your cravings without sacrificing your health.