The Force Is Strong With The BB8 Cake 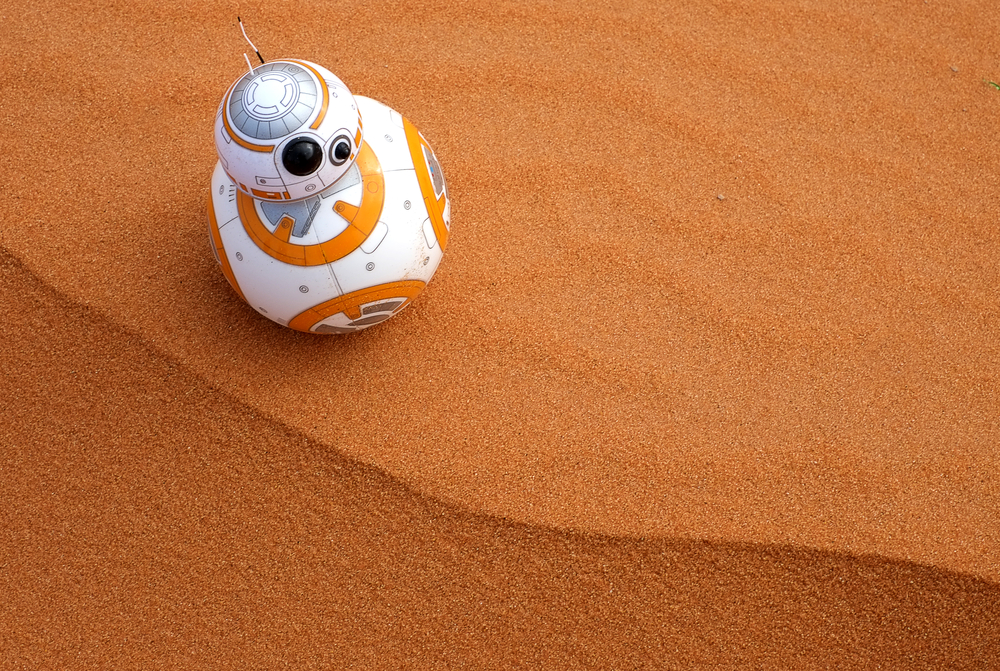 Does your inner circle of friends happen to include a significant number of Star Wars nerds? Do you typically engage in heated debates about whether or not Greedo shot first? If you’re a Star Wars fan who happens to love baking, you have probably considered making a movie theme cake.

With Disney’s new Star Wars movie franchise, there are even more opportunities to incorporate new characters into your baking. If you’re thinking about using a Star Wars character as the inspiration for your next culinary masterpiece, look no further than everyone’s favorite new droid BB8. In this post, you will learn how to make a BB8 cake. You will also receive other great Star Wars cake ideas.

BB8 is this generation’s R2D2. A spirited and loyal astromech droid, he was with REsistance pilot Poe Dameron on his mission to find the map leading to Luke Skywalker. Along the way, the droid meets Finn and Rey and accompanies them on their adventures.

The droid is known for his spherical body upon which his head sits. He gets around by rolling his lower body. You can think of him as a ball-shaped R2D2.

How To Make A BB8 Cake

Making a BB8 cake can be time-consuming and a bit complex, but with practice, you can create a cake that will fool even the staunchest of Star Wars nerds into thinking it’s the real thing. To make your BB8 cake, you will need:

Set the oven to 350 degrees (Fahrenheit) and bake the 5” cake sphere for about 50 minutes. Bake the two 8” diameter sphere for 1 hour and 30 minutes. Use the toothpick method to make sure the cakes are fully baked. After baking, allow the cakes to cool. You might want to allow them to chill overnight in the refrigerator.

Dye 1 cup of buttercream using Buttercup Yellow, Ivory, and Sunset Orange. Level the cakes while they are still in the bowl-shaped pans. Run a knife over the top of the bowls. Make sure you take out small pieces of cake that might not be stable.

Push the excess pieces of cake together until they are firm. Then, push them into the cake into it is in place. Then, remove the cakes from the bowl by using a small spatula. Drizzle some simple syrup on the flat surface. After the cakes absorb the syrup, it is time to secure the cake. Using a spatula, spread the melted chocolate over the areas that needed to be patched.

Flip over one of the cakes — the flat side should be down. Cut the cake so that you can make a flat surface for the cake board. Glue the cake board using melted chocolate. Apply icing to the outside edge of the board.

Using your melted chocolate, glue the flat side of the 5” half sphere to the appropriate cake board. After the chocolate has set, apply a layer of the orange buttercream to the 8” cake. Make sure the board is on the bottom. Put the other 8” cake on the top, creating a complete sphere. Coat the 8” sphere with your crumbs and use the white buttercream on the 5” sphere. Place them in the refrigerator to chill for 15 minutes.

Next, put the icing on the icing on both cakes once again and allow them to chill for 30 minutes. The buttercream should be firm. To smooth out the buttercream, wet your hands and rub out any ridges that remain. Next, will need to dye the modeling chocolate. Combine it with Buttercup Yellow and Ivory.

Take 3 ounces of your white fondant and knead in some black food coloring. You will need your fondant to be a medium grey — it will make up BB8’s silver topcoat. Dye the remaining 1 ounce of white fondant with black and teal. This will make up the areas around BB8’s “eyes.” Roll out the orange modeling chocolate and grey fondant onto 1/16” thin sheets. Give them some time in the refrigerator to become firm.

At this point, you will create BB8’s pattern. He has 6 circles all over his spherical body. Cut out 6 parchment circles to create the map. You can look online to find out exactly where you should place the circles. You can use a cutting wheel and circle cutters to mark the spaces where the orange circles will go.

It’s a good idea to use fabric measuring tape to guide you as you run the cutting tool along the ball.  Before applying the grey detail to the orange circles, use a dry brush to add silver highlights to the surface. Apply them to the cake with piping gel.

Next, you will need to create BB8’s eyes. With a rounded spoon, push black fondant into the tablespoon and ½ teaspoon. After they set, tap them out.

For the head, use orange modeling chocolate and grey fondant. You should use gum paste and floral wire to create the droid’s antennas. To create the detail under the droid’s head, cover a 4” round cake board with gum paste. Refer to the images of BB8 online to apply the right details to the body and head.

BB8 isn’t the only theme you can use for your Star Wars cake. If you’re feeling up to it, you can bake multiple Star Wars cakes to create the festive atmosphere you want.

One popular scene in the Star Wars franchise occurs when Han Solo is frozen in carbonite by Darth Vader. You could bake a cake depicting the young smuggler as he is trapped in the carbonite.

Another popular image is the Empire’s most terrifying weapon — the Death Star. It is an iconic image that can be recognized by almost anyone.

Of course, you can’t go wrong with Jedi Master Yoda — a fan favorite. The little green character is a must-have for any Star Wars-themed party.

Ewoks are also popular characters for parties. These cute little teddy bear-like creatures are great, especially when combined with other characters like Chewbacca.

You might also consider using the dreaded stormtroopers as the basis for your cake. If you combine them with Resistance soldiers, you could stage a culinary firefight.

Lastly, no Star Wars party can be complete without Darth Vader, Dark Lord of the Sith. Many have used the Dark Lord’s mask and helmet as the basis for the cake, but there is no reason why you can’t use his whole body.

Any of these cakes would be a perfect fit for your event. Whether it’s a Star Wars birthday cake or something you’re making for a new movie release, BB8 along with the other characters will make a memorable addition to the festivities.

The Star Wars brand is a great theme for parties. You don’t have to be an avid fan of the series to enjoy a party using a theme based on the movies.

A BB8 cake can help you incorporate one of the film’s most lovable characters into your event. There are several different types of Star Wars parties.

Cakes are not the only ways to make for a fun Star Wars party. There are other things you can incorporate as well. Several different activities can make your party one to remember.

One idea is to incorporate a Jedi training academy. If it’s a birthday party, you can have someone play a Jedi master who is training students in the art of lightsaber combat, blaster training, and other such events.

Do you like pinatas? Of course, you do. Why not create a Death Star pinata? Let your guests save the galaxy by destroying the Empire’s most feared weapon. You won’t even need an X-Wing to do it!

Many children have dreamed of flying over the sands of Tatooine in a landspeeder. You can make this happen. Build the children their very own landspeeder out of cardboard.

If you want to throw an exciting Star Wars party, you don’t need to live in a galaxy far far away. By incorporating certain elements, you can create an event of which you can be proud.

The BB8 cake is a fantastic way to get started. It might take a few tries to get it right since there are many steps involved. The tips in this article will give you the information you need to make sure your event is a blast.